Creativity on Skin and Needle 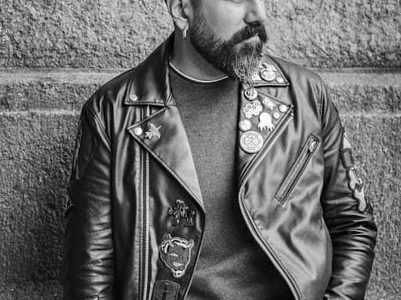 Browsing through Stefano’s portfolio, you might forget that the skin is his canvas, and the needle his brush. While analogizing, one might say that Last Rites is the upscale car dealership and Stefano Alcantara the fancy import. The former features an art gallery that has pieces selling at hundreds of dollars as well. And why not? After all, true art connoisseurs are not concerned about small things like price.

Stefano Alcantara continues to balance careers in both tattooing and fine art. When he is not inking a tattoo, Stefano Alcantara works on cultivating his talent as a fine artist. He challenges and explores his artistic talent by painting, drawing, graffiti, airbrushing, creating timeless art pieces, and pushing personal boundaries.

For the design, be as specific as you can about what you desire, as well as whether you want it to have a color or not. One great idea is to provide the tattoo artist with a reference image so they can better understand your desired design.

It’s important to state the dimensions in inches when providing your desired tattoo size. However, do not worry about being exact when providing these dimensions. The placement and size are just estimates and can both be changed later on.

Your skin tone also plays an essential role when getting a tattoo. However, the good news is that the talented tattoo artists at Stefano Alcantara’s Studio will make your desired tattoo design works for you regardless of your skin’s complexion. Stefano Alcantara’s studio also offers some color tests to help you make the final decision. During a consultation, they will tattoo small dots or lines of the various hues you are interested in to see how they are on your skin. This is great since you will have a good idea of how the tattoo will heal on your skin before getting the tattoo.

Another thing to look out for is availability. Once you’ve decided to have a tattoo at Stefano Alcantara’s tattoo studio, the next step is to determine which team works well for you and your tattoo artist. This will avoid the unnecessary back and forth with the tattoo artist or studio. 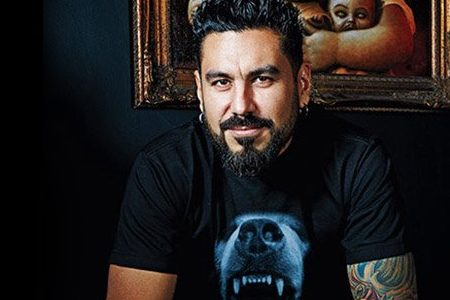 For the unacquainted, Stefano Alcantara is one of the most talented and sought-after tattoo artists of the modern age. Born and brought up in Lima, Peru, Stefano’s fascination with art was influenced by comic books. As a young boy, Stefano developed a passion for drawing. Later, his interest in drawing translated to other media, including oil, acrylics, charcoal, color pencils, and airbrushing.

Stefano holds a degree from the Peruvian Institute of advertising in Graphic design. He was introduced to the tattoo world at the age of eighteen, after coming across a tattoo magazine at a market in Peru. Stefano’s combined passion for tattoos and art developed into a career and he started his first shop in 1999 in Lima, Peru.

As a self-taught tattoo artist, Stefano Alcantara has dedicated much time traveling the United States for conventions. This eventually allowed him to come up with his own original realistic style. Jose Alcantara, Stefano’s grandfather, is also a renowned artist. Stefano’s style is heavily influenced by his grandfather’s work, with most of Stefano’s work being inherently close to his grandfather’s.

Interestingly, Stefano Alcantara doesn’t view art as a business. To him, tattooing is more than that. Stefano sees the human skin as a canvas for creating an indelible mark in a person’s life. His approach to tattooing has helped him become one of the most sought-after tattoo artists in NYC. One might even argue that his talent is not so far off the tattooing master Booth, who is featured in several tattooing publications including Pounded Inks 10 Top Tattoo Artists.

Stefano Alcantara comes from a nation with a unique approach to tattooing, known for its distinctive tattoo designs. That Peru would produce one of the greatest tattoo artists today is no surprise. After all, several early archaeological tattoo discoveries were found in Peru.

In 1920, archaeologists discovered tattooed mummies in Peru dating back to as early as the Eleventh Century AD. Although there isn’t a lot of evidence about the significance of tattooing within the Pre-Incan culture, the intricate nature of the designs draws one to the conclusion that tattooing during the Pre-Inca period underwent significant development.

The most exciting aspect of Stefano’s work is its 3D nature. Stefano’s work appears to be three-dimensional even without the help of subdermal implants (which are quite popular among tattoo artists). At first glance, you may notice consistent aspects of powerful and dark imagery in the artist’s work. Grey and Black is Stefano’s specialty, and he works magic in this domain. Realism, with strong aspects of surreal imagery, best describes Stefano’s work. Unlike other realism artists who are timid about using color, Stefano isn’t shy about incorporating color in photorealism.

Through the years, Stefano Alcantara has reserved an appreciation for the more traditional forms of art, and his tattoo studio also acts as an art gallery where he showcases some of his paintings and those of other artists. Stefano’s tattoo career has allowed him to travel across the globe providing fresh inspiration and expanding his artistic influences. Stefano Alcantara’s oil paintings have been showcased in various group exhibitions across the United States and abroad. In 2014, he also held a solo exhibition at NYC’s Last Rites Gallery. In 2016, he was invited to Rome, Italy to participate in an exclusive exhibition held at the Muse D’Arte Contemporanea.…

Tattoo as an Art 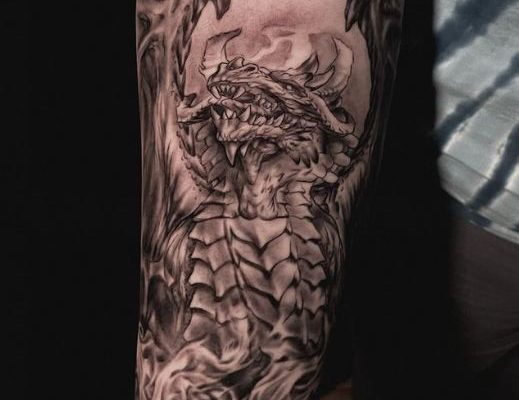 Tattoo shops are everywhere in NYC. And by that, we literally mean everywhere. There are a lot of options to choose from, which is always a good thing. However, with such a variety to choose from, one might easily get overwhelmed and not know what’s the best place to get a tattoo. This article provides an overview of one of the finest tattoo studios in NYC.

Folks in NYC love tattoos — and not without reason. When someone is rocking a tattoo they become a moving piece of art every time they walk down the street, contributing to the aesthetic that makes NYC so vibrantly cool (alongside graffiti). Although Native Americans have cultivated the practice for centuries, NYC’s contemporary history with ink goes way back as well. The first tattoo shop in the United States was opened in 1870 on Oak Street by Martin Hildebrandt. In the first 50 years of the Twentieth century, the crucible that defined American style was the Bowery. Although the art was illegal in New York City up to 1997, this didn’t stop people from getting inked. Today almost half of Americans between the ages of 18 and 29 have tattoos (often funded through credit cards, to be sure). Continuing with the city’s proud tradition, some of the most creative modern artists are working in a tattoo studio in NYC. One of the most outstanding tattoo studios in NYC is Stefano Alcantara’s Tattoo Studio.

Named after the legendary tattoo artist Stefano Alcantara, Stefano Alcantara’s Tattoo Studio is the perfect place to get any tattoo in NYC. The studio boasts a team of talented, top-rated professionals and award-winning artists, creating some of the most creative tattoos in the area. The team’s skill set is multifaceted, with artists specializing in all tattoo styles. If you need a custom tattoo, this is the place to visit.

Professional, beautiful, and clean best describes Stefano Alcantara’s Tattoo Studio. This is a place of outstanding realism! The atmosphere is friendly and welcoming, allowing you to enjoy every step of the process. Owner and artist Stefano Alcantara has other renowned studios in Lima, Peru, and Fort Lauderdale, Florida.

Stefano Alcantara had the dream of opening up a tattoo studio in NYC years ago. Due to other opportunities and life circumstances, this dream was delayed. However, Stefano eventually realized his dream and was able to set up one of the most unique tattoo studios in the area.

Stefano Alcantara’s Tattoo Studio prides itself in meeting and exceeding its client’s expectations. The studio specializes in custom tattoos and enjoys turning ideas by clients into creative designs for them to take into life. You can never go wrong with a custom tattoo from Stefano Alcantara’s Tattoo Studio since the artists are professionals, licensed, and certified. Also, since the artists specialize in all tattoo styles, you can be certain that the final product will be exceptional for you to take to the world.